According to Bird Research Northwest, the double-crested cormorant colony on East Sand Island in the Columbia River estuary near Astoria, Oregon, included about 13,600 breeding pairs in 2014. This is 26 percent more than the average for the years 1997-2013, the research group reported (about 10,775 breeding pairs). In fact, the East Sand Island colony includes at least 40 percent of the breeding population of double-crested cormorants in western North America and is the largest known breeding colony of the species anywhere, according to the research group.

The current version of the biological opinion includes two action items specifically directed at double-crested cormorants and the Corps of Engineers, which operates most of the dams in the basin and also maintains the navigation channel in the lower Columbia River. These actions require 1) development of a management plan for double-crested cormorants in the estuary, and 2) monitoring colonies in the estuary and implanting the plan to decrease predation rates on salmon and steelhead.

In 2015, the Corps completed an Environmental Impact Statement (EIS) and management plan. The EIS included several alternatives for action. The Corps chose to implement a two-phased alternative that calls for culling individual birds from the East Sand colony and oiling eggs in their nests so that they will not hatch. The goal of the first phase is to reduce the colony by more than half, to about 5,600 breeding pairs, by 2018. In the second phase, the western portion of East Sand Island will be inundated to preclude nesting.

The Corps provides updates of its actions under the management plan every Thursday at 9am on its Portland District website. 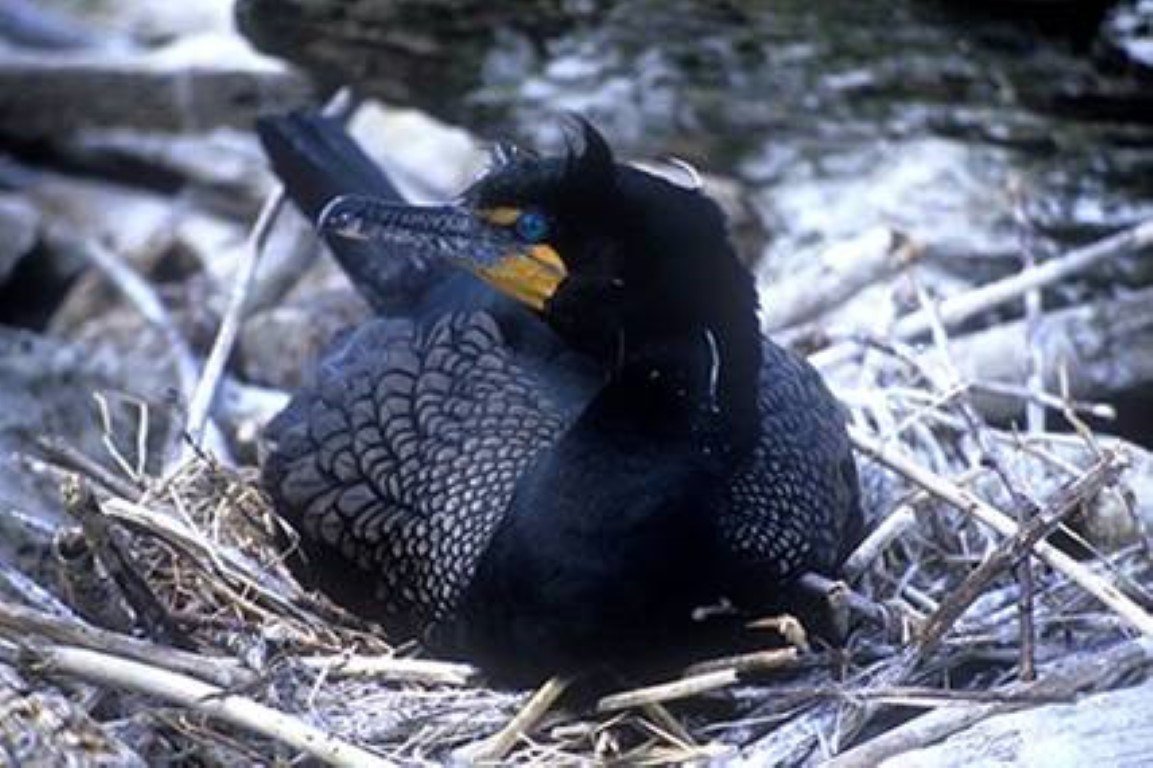