The Caspian tern colony on East Sand Island in the Columbia River estuary near Astoria, Oregon, is the largest for the species in the world, Bird Research Northwest reports. In 2014, the colony consisted of about 6,270 breeding pairs of birds.

The number actually was fewer than in 2013, when an estimated 7,400 pairs nested on the island. The size of the colony has decreased about 41 percent since efforts to reduce the size of the colony began in 2008, but more progress is needed to significantly reduce the impacts on juvenile fish. The target colony size for East Sand Island is 3,125 - 4,375 breeding pairs.

The Caspian tern colony on East Sand Island produced about 1,700 fledglings in 2014, Bird Research Northwest reported. The research group also reported that the proportion of juvenile salmon and steelhead in the diet of East Sand Island Caspian terns in 2014 was 33 percent, which was about the same as the percentage estimated over the last eight nesting seasons. The researchers estimate East Sand Island terns killed an estimated 4.5 million juvenile salmon and steelhead in 2014, about the same as in the last several years. Predation on steelhead smolts is significantly higher (estimated at 8.6-11 percent, depending on the specific population) than on salmon smolts (0.9 – 1.6 percent, depending on the specific population).

Bird Research Northwest reported that since 2008, the Corps of Engineers has constructed nine islands as alternative colony sites for Caspian terns that are dissuaded from nesting on East Sand Island. Six are in southeastern Oregon, and three are in the upper Klamath River Basin of northern California. Nesting at some sites was unsuccessful, however, because of predation by mammals, adverse weather, and drought that affected the availability of forage fish.

The Corps is continuing to work on reducing the amount of available nesting habitat on East Sand Island as a means of encouraging the birds to nest elsewhere. 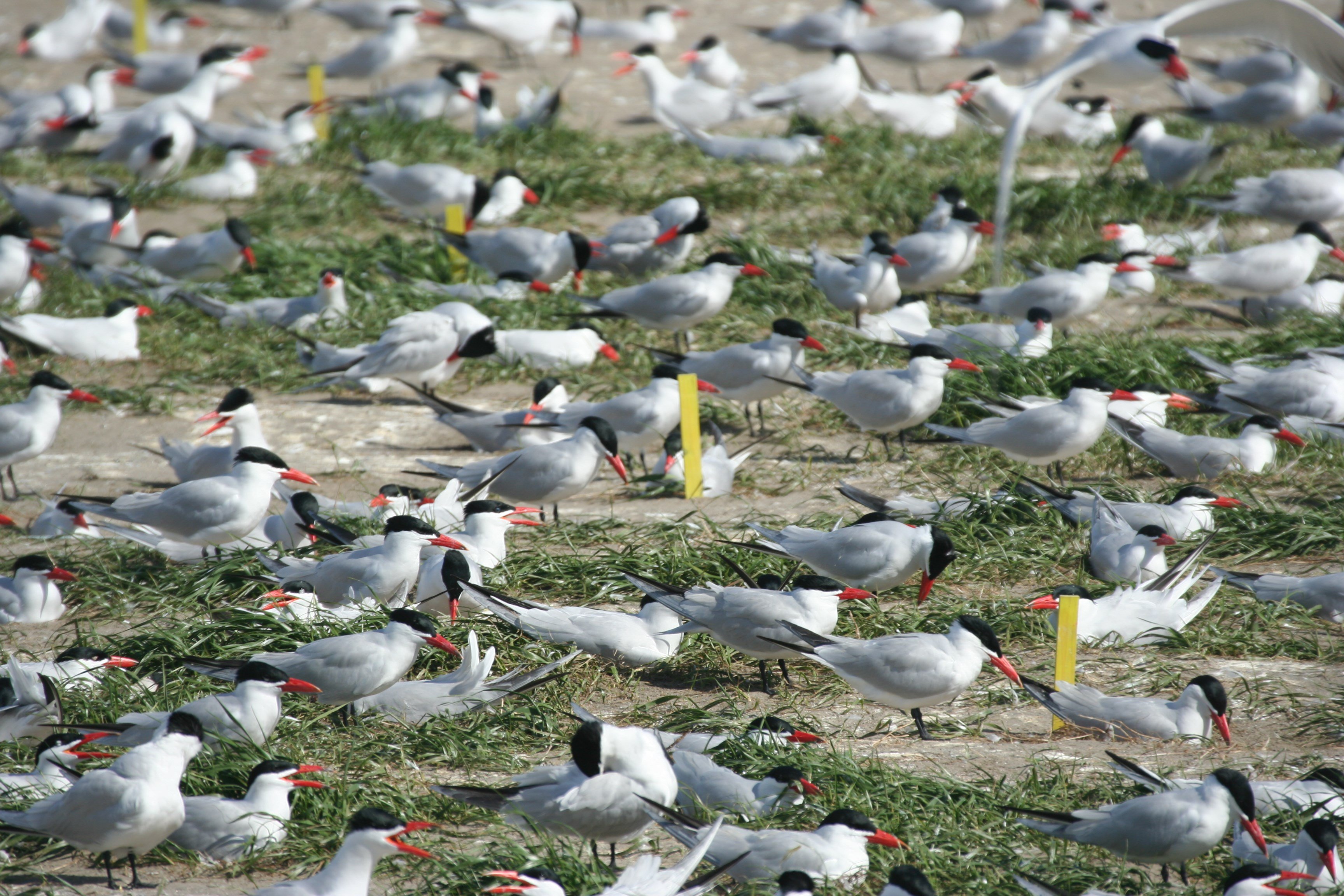 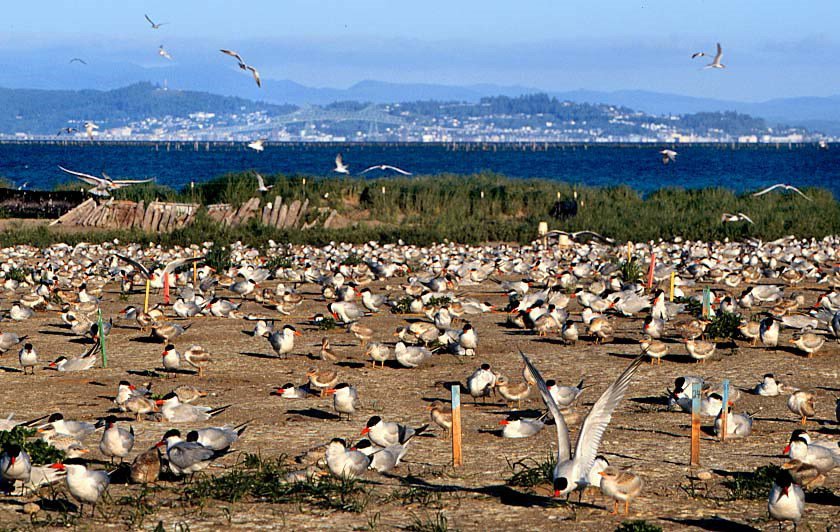 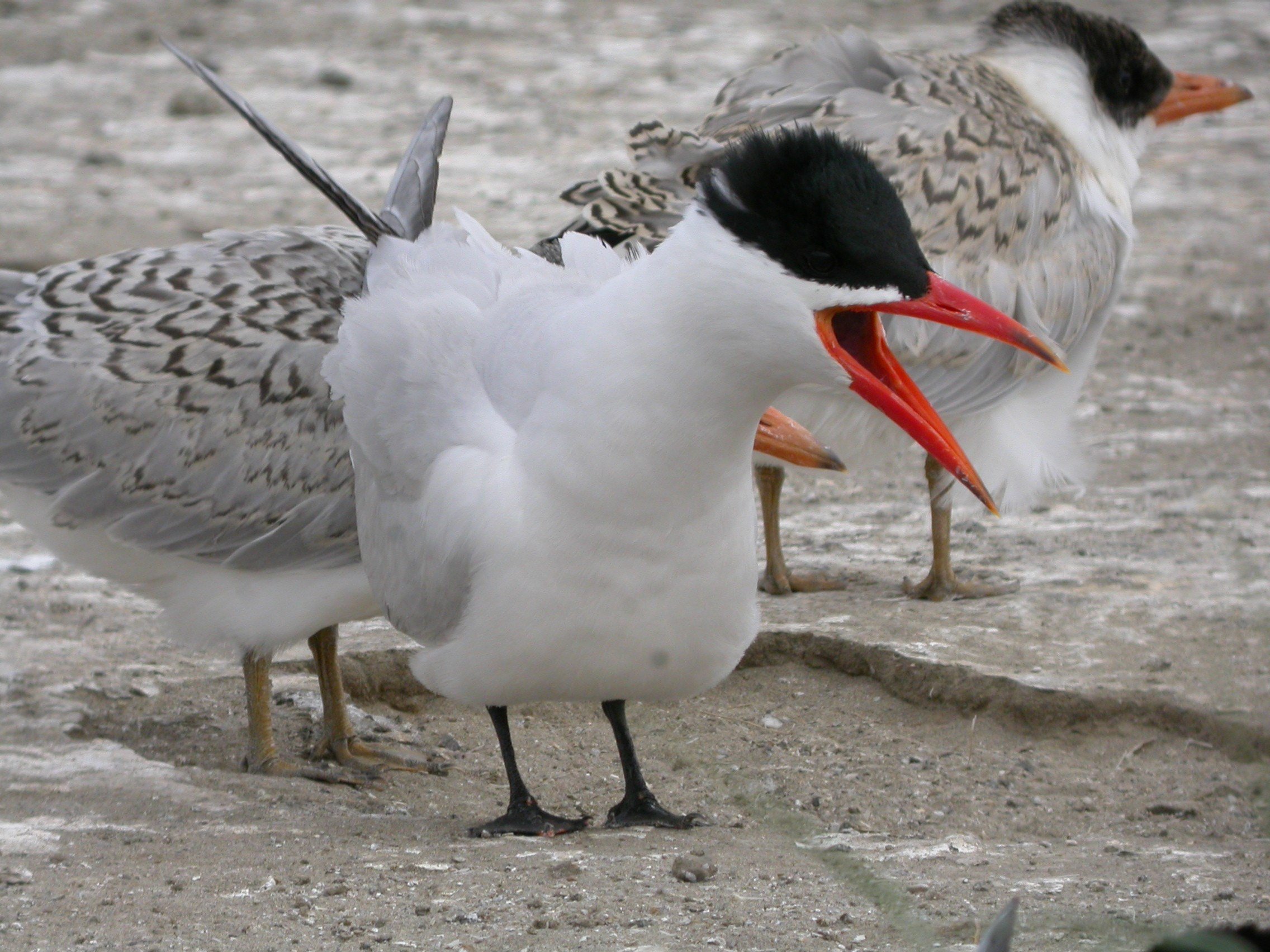