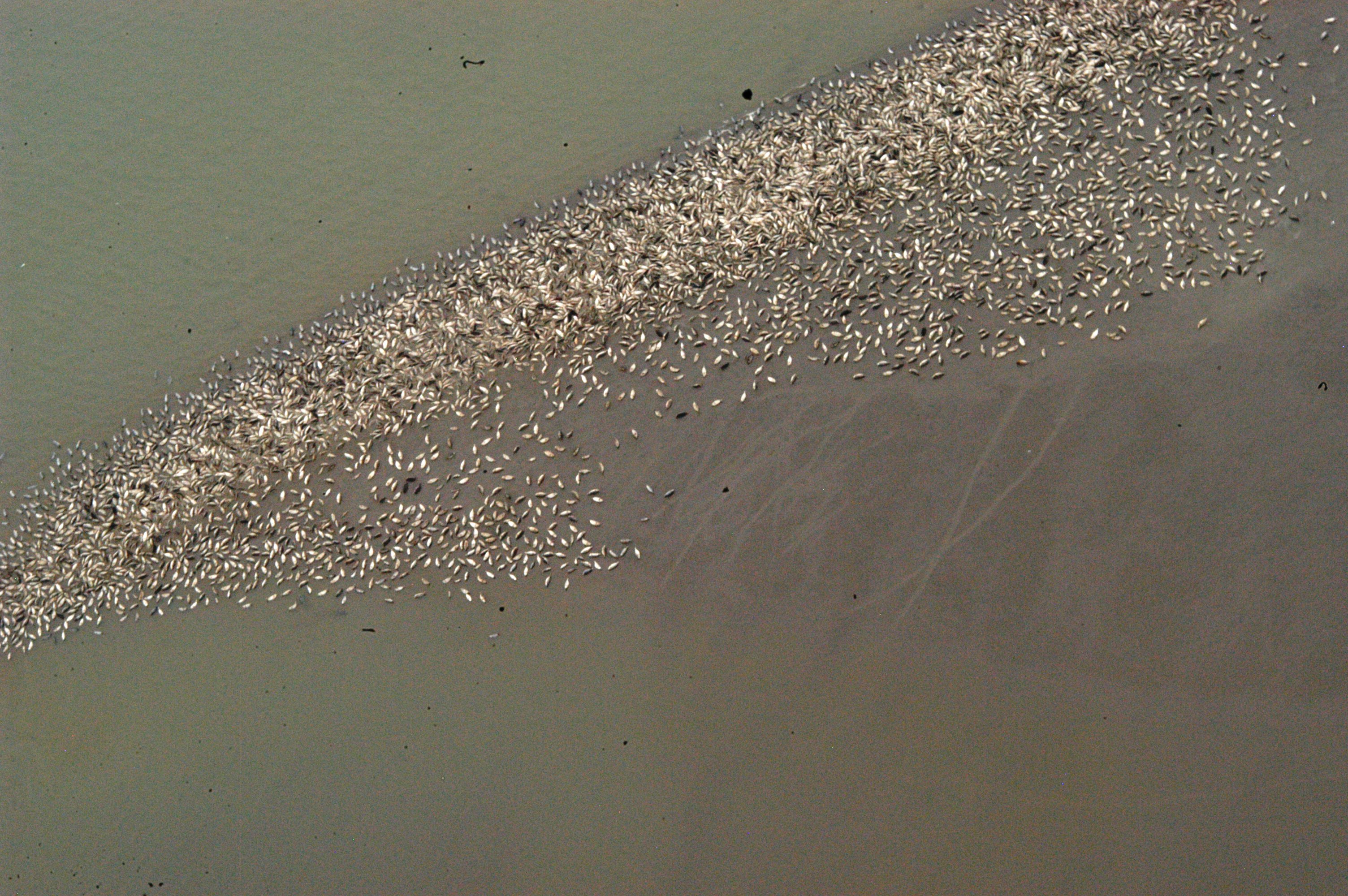 An aerial survey by the Washington Department of Fish and Wildlife in February counted more than 6,000 seals and 1,600 sea lions in the Astoria area, according to a report in The Seattle Times.

Seals and sea lions enter the Columbia River annually in early spring and follow the run of eulachon -- small, oily fish formerly called smelt -- upstream. When the smelt are gone, the seals and sea lions prey on salmon, sturgeon, and lamprey before leaving the river in late May or early June for breeding grounds off the coast of southern California.

Meanwhile, more than 1,600 sick and starving sea lion pups have been rescued along the southern California coast, more than five times greater than in 2013, which was the worst season in recent memory. According a report by NOAA Fisheries scientists, it appears the same pressures leading to starving pups in southern California are driving adult males far afield in search of food.

In the Columbia River, a large spring Chinook return of 312,600 fish (232,500 estimated for the upriver component, above Bonneville Dam) is beginning to migrate into the Columbia River. Ongoing research by NOAA Fisheries, which involves installing tracking devices on spring Chinook salmon in the estuary and then following their passage at Bonneville Dam, suggests that as much as 45 percent of the spring Chinook run may be disappearing between the estuary and the dam. Accounting for other sources of mortality, the lead NOAA researcher has reported there is a probable, but not verified, link to seals and sea lions.

Last week the U.S. Army Corps of Engineers issued its first biweekly status report of the 2015 field season for seal and sea lion abundance at Bonneville Dam, noting that sea lions have been observed in the tailrace of the dam since January (Steller) and early February (California). Many of the California sea lions are young and travel in packs of 5-15, the Corps reported.

While regional fish and wildlife managers have legal authority under Section 120 of the federal Marine Mammal Protection Act to remove the most problematic California sea lions, the process is complex and requires precise identification of animals that are repeatedly observed killing ESA-listed fish. Nonetheless, 73 have been removed from near Bonneville Dam through 2014.

The Program Tracker is a new tool designed to help evaluate the performance of the Council’s Columbia River Basin Fish and Wildlife Program.

Sea lion predation on salmon, steelhead, and white sturgeon in the Columbia Basin has been a growing concern since the late 1990s, especially in the area below Bonneville Dam.

This innovative program helps balance the water needs of landowners with the needs of salmon, steelhead, and resident fish requires close collaboration.

In the 1990s, sockeye salmon in the Okanagan Basin were at a very low point. Today, thanks to a variety of restoration actions through multiple entities, sockeye returns hit record numbers at Bonneville and Wells dams in 2022.