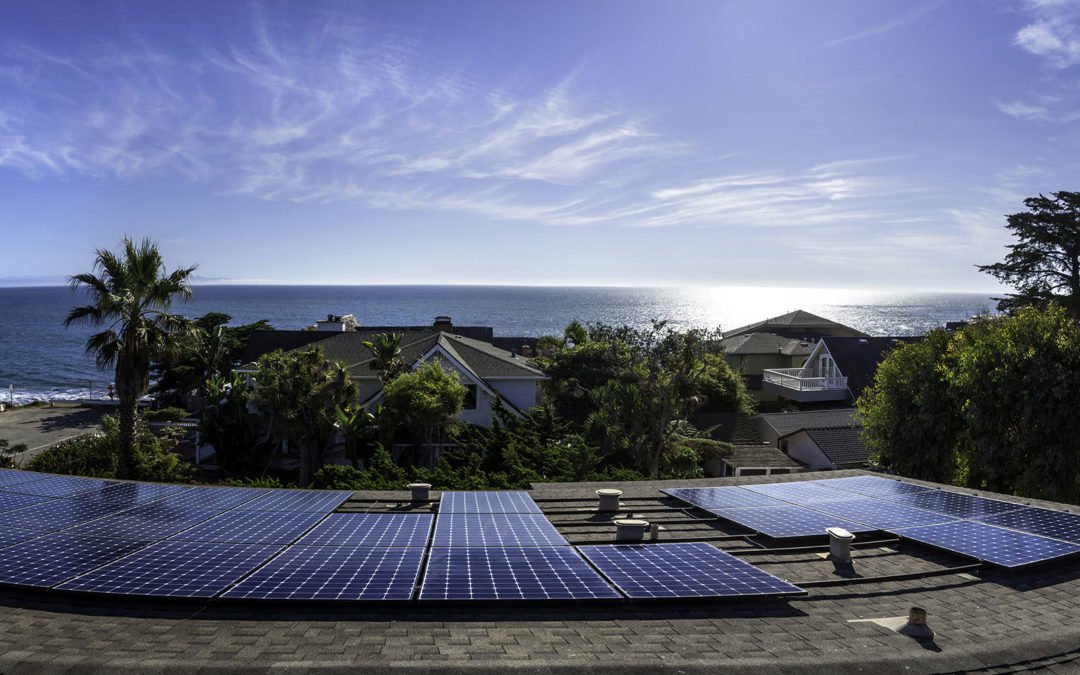 In a continuing series of presentations on energy industry trends, Randy Hardy, former administrator of the Bonneville Power Administration, gave his perspective on California's energy business and its impact on the Northwest and Western markets. See full transcript.

Hardy began by noting "It's a fascinating social experiment that's occurring down there...California is probably 40 to 50 percent of the total Western Electricity Coordinating Council's load, it inevitably will have major ramifications for what happens here."

In 2011, California passed an ambitious renewable portfolio standard energy goal of 50 percent renewable resources by 2030. Since then, 30 percent of their power supply is now from renewables. After developing all the wind power possible given transmission constraints, solar power – both utility-scale developments and rooftop solar – continues to grow apace.

"The only renewable resource you have to get from the current 30 percent to 50 percent is solar," said Hardy. "In addition to [utility-scale solar], you have rooftop solar that's growing even faster than utility solar. California has by far the most generous net metering policies in the United States."

"You have a situation where you have flat or declining load growth in California...and you're growing solar at 2 gigawatts per year...You're going to have this enormous surplus that is going to force wholesale prices quite low, ironically, while retail rates go up because all the solar costs...will continue to flow through retail rates."

The growing solar surplus during the mid-day will mean increasing negative pricing – utilities paying customers to buy power; and curtailments – shutting down solar plants when it becomes economically necessary.

Hardy sees California approaching a future of increasing substantial curtailments, "not just in the spring, but they'll eventually spread year-round."

How will this affect the Northwest?

It's already had significant implications for the Bonneville Power Administration and hydro-based utilities in the region, noted Hardy.

"The combination of low gas prices and the solar surplus has replaced a large portion of what used to be the spring hydro surplus sales. So you're spilling a lot more, and what you are selling, you're not getting the prices you historically obtained. That creates a considerable rate pressure for Bonneville and for all of the primarily hydro-based utilities in the region."

One opportunity in all of this is the unique ability of the Northwest's hydrosytem to provide quick generation when the sun goes down but load stays up.

"So you have an up to 15,000 megawatt ramp in a three-hour period, from 6 p.m. to 9 p.m. That's an enormous ramp...And you meet it, at least right now, mostly with gas-fired resouces in California...that have been in place for many, many years. What you need are modern, more flexible resources – not just gas resources, but hydro that can respond, not just in an hourly ramp, but in a five-minute, 15-minute ramp period."

According to Hardy, "One pretty straightforward solution would be to simply access Northwest hydo. Hydro is by far the most flexible resource that you can use."

What are the solutions?

Hardy noted the recent CAISO Symposium and white paper which outlined the trends in the industry and some proposed solutions, such as acquiring more flexible capacity and accessing out of state resources.

"So you can procure Wyoming or Northwest wind, whose load shape typically generates in the evening and the winter. This would complement California's solar load shape in ways that get you to 50 percent, but minimize the cost of it and doesn't exacerbate the solar surplus problem."

Expanding the CAISO to a regional ISO would also help significantly, but, says Hardy, there are governance challenges. Other, more aspirational, goals include large-scale storage and increasing adoption of electric vehicles.

Solar Power in the Northwest: "I'm not an expert in Oregon, Idaho, and Washington solar, but what I've seen of the data, it's mostly PURPA projects. I doubt that much of that will come to pass. In real estate, it's location, location, location. For renewables, it's transmission, transmission, transmission. By and large, [smaller developers] don't think about this until the last minute...I don't see utility-scale solar anywhere in the Northwest."

Snake River Dams: "They only provide 5 percent of the region's energy but 16 percent of the region's capacity. That's why they're important, and that's what you're going to need. We're awash in energy, thanks to the California solar problem. It's capacity that we need, and taking those dams out, the capacity replacement (unless someone invents the next, great storage technology) is going to have to be a [gas turbine project]...you're going to end up with more combustion turbine construction to replace [the dams]. It underlines the importance of trying to keep those facilities, at least in the midterm, until some of this sorts itself out."

Carbon Reduction: "A 50 percent RPS is twice the cost for half the savings of a cap and trade system. So if your goal is carbon reduction, you want cap and trade or a carbon tax. You don't want to increase the RPS. RPS hurts things. It especially hurts the Northwest. If you do a cap and trade, you actually raise the prices for existing hydro, which is an advantage to Bonneville and others financially. And no new gas doesn't do a damn thing. You get virtually no CO2 savings, or a minuscule amount of CO2 savings for about the same cost as if you did cap and trade."

"As California is dramatically illustrating, an RPS is a very inefficient and costly way of getting to carbon reduction...You may actually increase CO2 in California with that kind of an outcome."

Low Load and LED Lights: "This industry is in the midst of enormous technological change...Seattle has, by almost every account, the most commercial construction downtown of any city in the United States...commercial load is 40 percent of Seattle City Light's capability. You have more construction going on to create more load, and yet Seattle City Light's loads are going down. And the reason they're decreasing is LED lights and more sophisticated HVAC system controls. That tells you something about where loads are going."