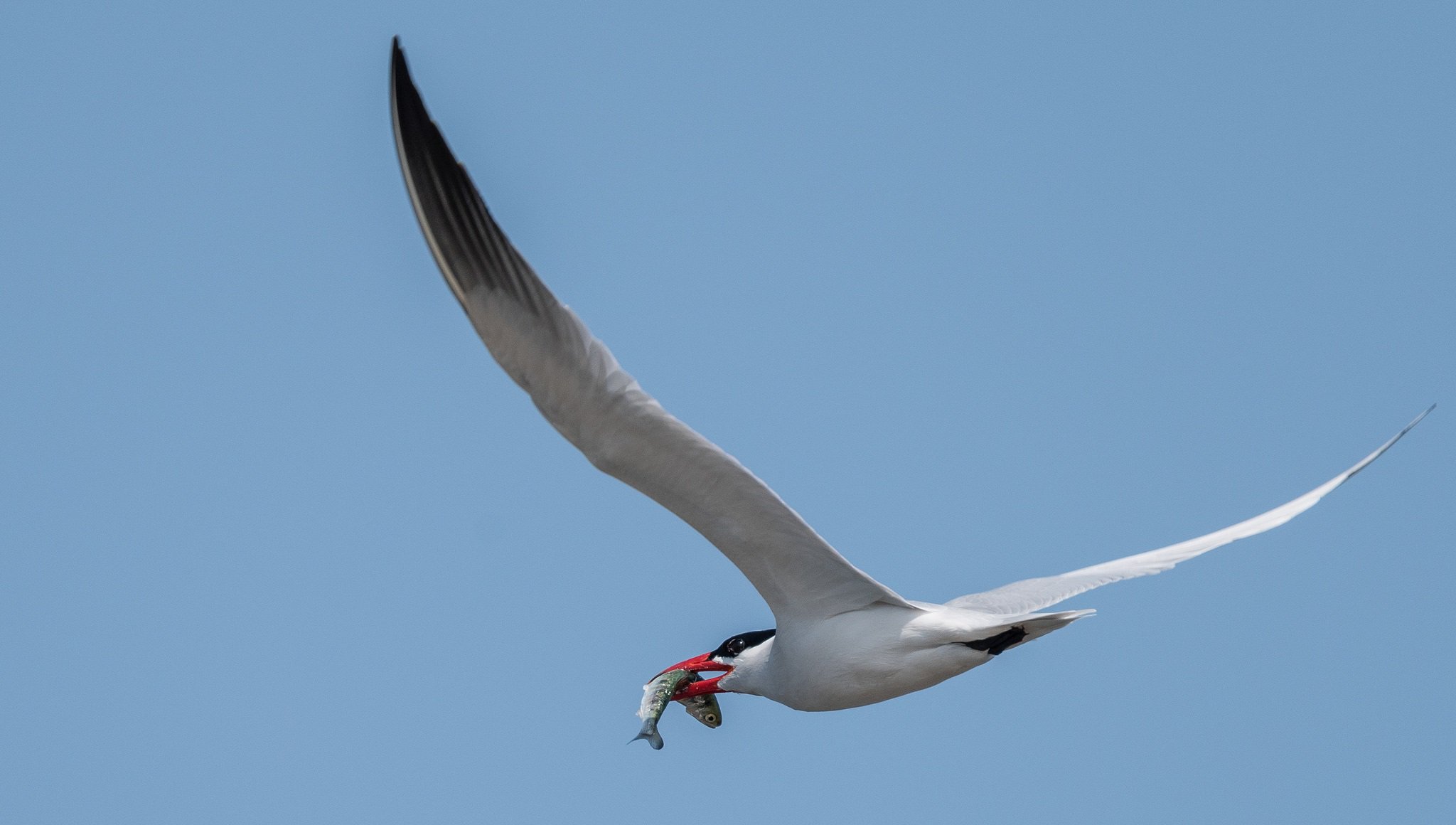 Scientists estimate that fish-eating birds consume 35 percent of the juvenile Upper Columbia River spring Chinook salmon, an endangered species, as they migrate downriver to the Pacific Ocean each spring.

Caspian terns, double-crested cormorants, and California gulls pick off the juvenile fish as they migrate downriver, digest them, and then deposit Passive Integrated Transponder (PIT) tags from the fish at 12 nesting colony sites between central Washington and the estuary near Astoria, Oregon. Researchers from Oregon State University, the U.S. Geological Survey, and Real Time Research scan the nesting sites, record the tags, which are specific to locations and fish populations, and then estimate predation rates. They reported their 2014 results this week at a meeting of the Northwest Power and Conservation Council.

Predation rates vary by nesting colony, by salmon and steelhead population, and by year, the researchers reported, adding that bird colonies thus have unequal impacts on smolt survival. Predation on upper Columbia spring Chinook, for example, was highest at Crescent Island near the confluence of the Snake and Columbia rivers (6.6 percent), and at East Sand Island in the Columbia River estuary (6.8 percent). At several other colony sites, predation on that population was 1 percent or less.

If there is any good news for salmon and steelhead in the report this week, it is that the Caspian tern colony at East Sand Island was slightly smaller and smolt consumption slightly lower last year than in 2013, the scientists reported. The U.S. Army Corps of Engineers built tern nesting habitat on two lakes in southeastern Oregon and in southern San Francisco Bay, and those appear to be successful at attracting terns away from the Columbia River Basin. But severe drought in southeastern Oregon caused the water to recede around two of the islands last year, and the birds stopped using them.

Regardless, the total number of breeding Caspian terns at all colonies in the Pacific Northwest was a bit lower in 2014 than in 2013, the scientists said.