The fish and wildlife program establishes goals, objectives and strategies for mitigation. Projects that implement the program are vetted through the Independent Scientific Review Panel and the Columbia Basin Fish and Wildlife Authority, as well as the Council itself. Following these reviews, the Council recommends projects to the Bonneville Power Administration, which provides funding.

Since 1982, funding for the Council's direct program, which does not include the cost of installing fish passage facilities at the major hydropower dams on the Columbia and Snake rivers, amounts to about $1.16 billion. Bonneville also spent $1.03 billion on fixed expenses, which primarily is debt service on federal bonds issued to pay for capital investments at the dams, and $634 million to reimburse the federal Treasury for the power share of other federal agency efforts to protect, mitigate and enhance fish and wildlife affected by hydropower, primarily to improve fish passage at the federal dams and construct and operate federal hatcheries. Power purchases ($2.31 billion) and forgone revenues ($1.29 billion) and other lesser expenditures bring the total since 1982 to $6.45 billion (see Figure 1).

Impressive numbers of adult salmon and steelhead have been returning to the Columbia River Basin in recent years. While no single factor can be credited for the increased run sizes, improved ocean conditions likely are one cause. Ocean conditions today are similar to conditions in the 1950s, which was a period of cool water temperatures in the north Pacific. But salmon and steelhead returns today are far higher than in the 1950s. Other factors, then, such as the habitat, hatchery and hydropower improvements accomplished through the Council's program, likely also are contributing to the increased success. 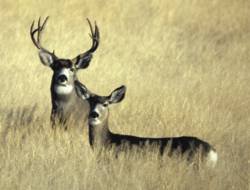 Beginning in 2000, above-average returns of salmon to the river were sustained for three years in a row, setting records in 2001 for many different salmon species. In 2003, tribal fishers were allowed to set gillnets in the river during the summer run of chinook salmon for the first time in 38 years. The higher returns have been a boon for recreational fishing as well: In 2001, an estimated 176,000 angler trips were recorded for the run of spring chinook.

The Columbia River Basin Fish and Wildlife Program contributes to rebuilding fish and wildlife populations in each of the four broad areas of impact – the so-called Four Hs: hydropower, habitat, hatcheries and harvest. Here is a brief look at the Council's efforts in these areas.