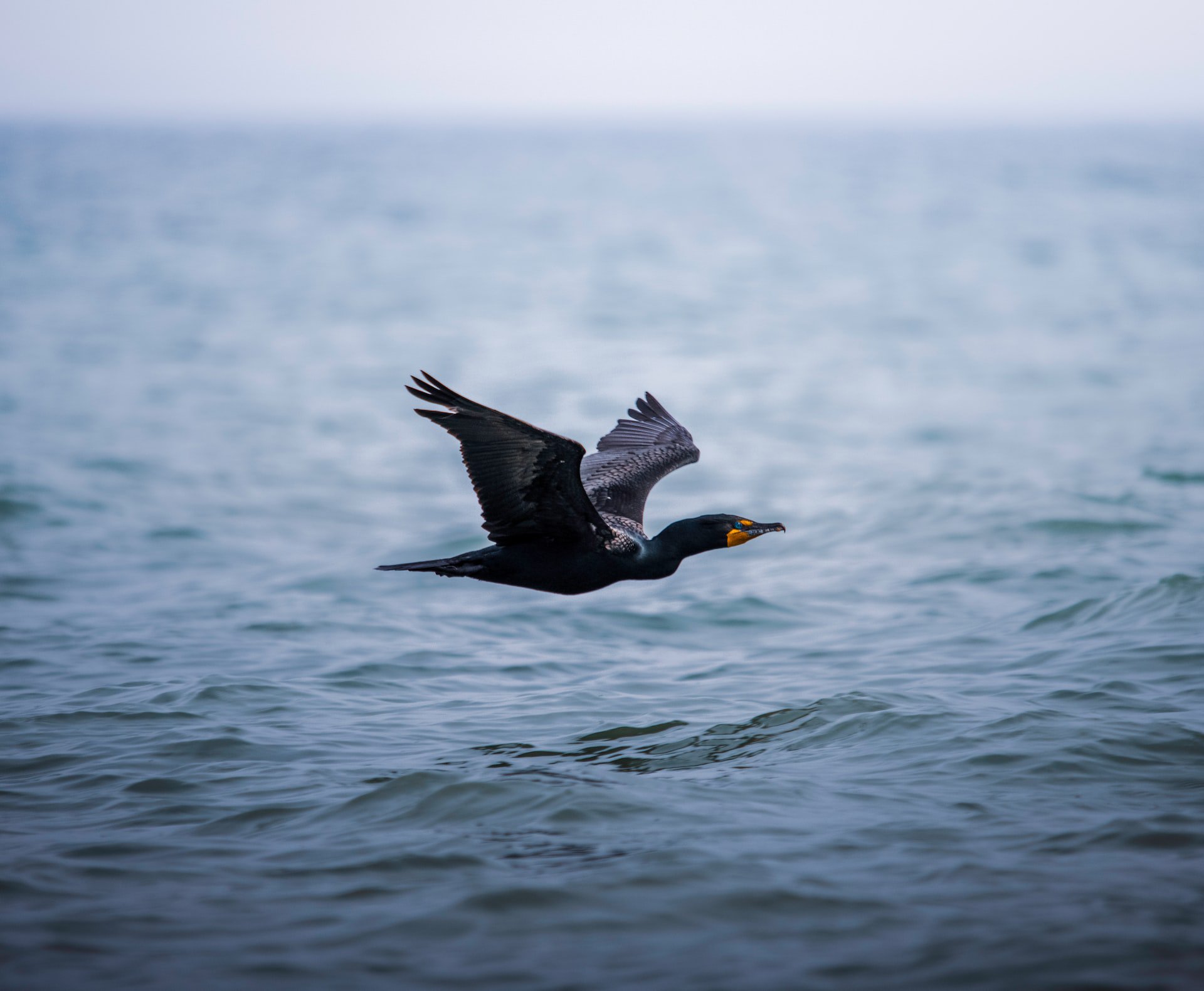 At its November fish and wildlife committee meeting, Council members heard from James Lawonn, Oregon Department of Fish and Wildlife, about the status of double-crested cormorants in the Columbia River estuary.

The numbers of double-crested cormorants in the Columbia River estuary, a native waterbird protected under the federal Migratory Bird Treaty, have grown significantly since the early 1980s. Beginning in the 1940s, the U.S. Army Corps of Engineers began to deposit dredge material on East Sand Island, located near the mouth of the Columbia River, expanding the area, and creating a hospitable environment for a variety of birds, including double-crested cormorants.

In 1990s, as the colony of birds grew, drawn by access to food and the loss of native habitat, concerns about predation on juvenile salmonids prompted the Corps to implement a management plan in 2015 to reduce their numbers. Estuary-wide abundance had grown from 131 breeding pairs in 1980 to an average of 13,337 breeding pairs by 2014.

The Corps’s plan called for killing birds and oiling their eggs to prevent them from hatching. Following the first phase of the plan, abundance declined to an average of 1,694 breeding pairs by 2021.

While the numbers of cormorants did decline on the island, the colony subsequently relocated about 7 miles upstream to the Astoria-Megler Bridge, growing from 333 breeding pairs in 2014 to a peak of over 5,000 pairs in 2020.

In a dismaying twist, the shift in location has also meant that even more juvenile salmon are eaten by the birds. “In 2021, estimated double-crested cormorant predation on steelhead across the estuary was about 169 percent of the average predation during 2004-2014,” noted Lawonn.

Since cormorants breeding upriver of East Sand Island have fewer alternative sources of food, they consume more salmonids as a proportion of their diet. As a result, estuary-wide predation rates may be unchanged or even higher than before.

Research suggests that the management plan was a major cause of the redistribution of cormorants upriver, despite other stressful factors. With the large numbers of cormorants, bald eagles were also drawn to the island to feed on the smaller birds and their chicks.

According to Lawonn, the need for adaptive management is acute and likely to be needed in perpetuity if predation reduction goals are to be achieved. “Predation on steelhead is much worse, as more colonies relocate upriver,” he said. He noted that relocation back to East Sand Island could be an option.

The possible cost for the first four years of management is likely more than $3 million annually. In addition, guano from the colony is accelerating corrosion of the Astoria-Megler Bridge, causing an estimated $1 million in damage annually.

The Rise and Fall of the East Sand Empire

Council members were briefed on spring Chinook salmon returns to the Columbia and Snake rivers, as well as the more sobering update on recovery efforts for Tucannon River spring Chinook.